The Art of Being a Carer

When he is well, he is amazing and when he is not well, it’s really hard.
I know that my studio is where I feel safe and comfortable, so that’s where I go.

Carers Qld, along with Carers NSW and Carers NT, are helping support Seeding Time Pictures with the completion of the “Triple Effect – Who cares for the carers” documentary, now in post-production. Back in July 2019 Carers Qld wrote about the three subjects of the documentary (where I am one of those subjects 🙂 ), publishing in their blog and monthly printed magazine.

You can read the articles about each film subject on their carersqld.com.au site here:

I have copied and pasted my story below. And below that is a trailer to the documentary film. The filming started about 4 years ago. Golly gee whizz how time flies. It’s really strange to see some of the old footage, especially my old studio. I’m excited but also feeling very nervous about seeing the final film once it is ready to air. I’ll be sure to let you know when it is available for viewing.

At home, in her studio, is where the magic happens.

That’s where Kim finds her sanity. “Art is my respite,” she adds.

As an artist, in her studio, she feels full of possibilities, passion and ideas.

It’s the place where she brings to life her unique designs and runs her art workshops.

When caring for her husband Nick is too much for her, she escapes into that world.

Nick is a medically retired war veteran. He has Post Traumatic Stress Disorder (PTSD), a delusional disorder and struggles with anxiety, depression and physical injuries on different parts of his body.

They have been together for four and a half years.

“My journey has been a rollercoaster,” Kim says.

As a carer of a person with PTSD, Kim acknowledges her reality and accepts the fact of it being very challenging.

“When he is well, he is amazing and when he is not well, it’s really hard.”

It’s all about balance though. Her drive and creativity is what keeps her on her toes and inspires her every day.

“I can be very determined. I don’t give up on anything very easily.”

“I know that my studio is where I feel safe and comfortable, so that’s where I go.”

She still struggles to articulate it, but she discerns a direct link between PTSD and her art.

“I’m so grateful that we’re together. Without the PTSD I wouldn’t have had the opportunity to be so involved in my art.”

“All this just ignites my creativity. It’s taught me to be really focused and appreciate it more too.”

She makes her own hours and strives to surround herself with people who all support one another.

With this purpose in mind, Kim decided to share her story in the ‘Triple Effect- Who Cares for the Carer?’, a documentary that explores identity, love and relationships of the caregivers who gave up their dreams to care for those they love.

She acknowledges her experience is still new to the world of PTSD compared to the other carers who participated in the film.

“Most of them have been with their partners before they developed the symptoms. I actually met Nick after his service, when he was retired and diagnosed,” she says.

“Having PTSD or any mental health condition doesn’t mean a person is not worthy of love.”

“I was very excited to be part of the documentary. I was very honest and I think it’s a really important story to tell. I love the fact that somebody is putting a voice to that.”

Above all, Kim is very clear that all she wants for them is to live a normal life.

“I want that for us. I’m really proud of him, of what he did in his service and how hard he works on himself when he’s well. I’m proud to be his wife and his carer.”

“Triple Effct – Who cares for the carer” Documentary Trailer

Below is the documentary trailer. It runs for 3 minutes and introduces you to each of the film subjects.

Seeding Time Pictures, the production company, are running a crowding finding campaign to raise funds to get the documentary through the final post-production stages.

TRIPLE EFFECT is an observational hybrid feature documentary that explores identity, love and relationships of the carers who give up their dreams to care for those they love, who have PTSD from emergency and defence service work

If you’re interested in making a donation, big or small: 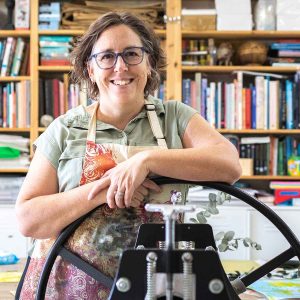 I am passionate about printmaking. I love to work with my hands, combining traditional and contemporary tools and processes with inspiration from the natural environment. Click here to have a look through my online gallery or here if you’re interested in buying some of my art. Or join me in a printmaking workshop and build your own skills and printmaking practice. 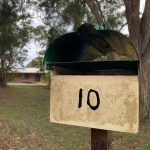 10 years to becoming an overnight successAbout My Work, Exhibitions, Journal, The Studio 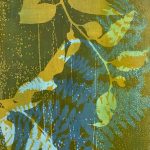